For the second year now, Pablo Incognito with his muse, wife and partner Iren Adler has been photographing in the nude genre.

So far, their photographs in this delicate genre are just family entertainment that spices up the relationship.

The secret of this, as well as all of Pablo’s photosets, is that Iren does not pose … She seduces, captivates, lures her man with her feminine charms. And at this time he admires, loves and photographs!

I was shooting then with my first digital camera Nikon Coolpix 4500 At the dawn... 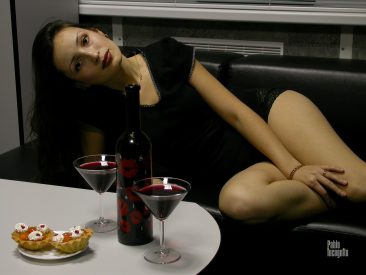 Sweets in the office. Retro.