How we were first “caught” at a nude photo shoot 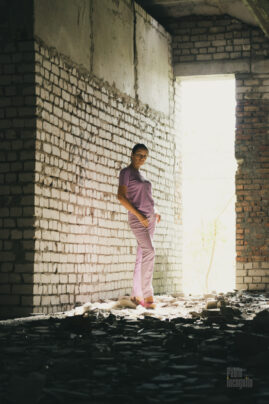 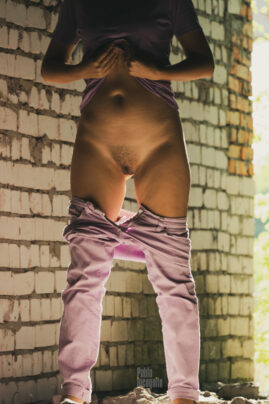 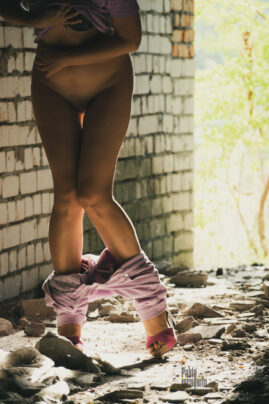 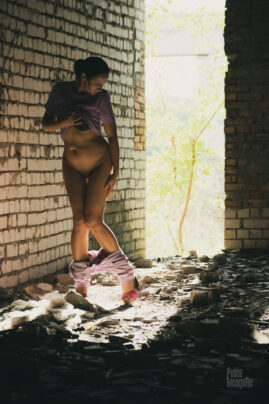 I wrote it a long time ago, I lost this text somewhere on my computer, but on the internet I found it, my own text (you can find a lot on the internet)! Reworked quite a bit, read (wink)

Well, in short, my wife and I gathered for another photo session! We have been married for a long time, we have children, my wife is beautiful, and many do not believe how old she is. Slender legs, waist, girlish beautiful breasts – she looks at 25–35 years. And that’s great. I love her very much!

I looked after the place in advance – an unfinished abandoned building of one of the universities in our city – a quiet place, along the overgrown path for cars you can see that there can be no one here. Time – late in the evening, late August, there are no students in the next building yet (holidays), in general, super!

The building consists of several small workshops and other production facilities connected by a common long corridor. Well, we got into one of the rooms, where a bright evening light made its way through the window opening.

We have been having fun with nude photo shoots for a long time, already 15 years (at the time of this shooting). And every time it brings unforgettable pleasure, but what happened today happened for the first time! ..

So here we go! My wife was in lilac jeans (without panties under them, of course), in lilac sandals on a high platform and in a T-shirt, of course, lilac (smiley). I offered her photographs in the Bottomless style, that is, without the bottom, in other words, in one T-shirt. Why? Just because. I photographed her completely without clothes, and so, on purpose, in sandals and one short T-shirt … It’s good that this is how I proposed to her to act, I still don’t know how this adventure would end if my wife was completely naked, with her a magnificent figure !!!

First, I took a few shots (set up the device, tune in myself, “stretch” the model) in all her clothes. Brick walls, bright light from the street, darkness in the room itself – quite romantic! Then the wife began to first lift the T-shirt, and then slowly unbutton the jeans and lower them … And she did it, turning her stunning ass! Oh, what a sight! Of course, at that moment I was very partial to her!

Then she turned in front. Oh, how beautiful a slender woman looks in pants lowered to her knees, in a raised T-shirt, and even at an abandoned construction site. Not only that, she does it for you alone! And you admire the beauty, not forgetting to take shots on time. It would seem that it’s time for her to take off her pants, but it’s not that simple! My beauty lowers them as low as possible and begins to protrude her ass, squatting slightly, playing with all her bends in the rays of light breaking through the window opening so that in the very first minutes I was seriously wound up. But the main events are still ahead!

Taking off her platform sandals one by one, my wife took off her jeans, while I was photographing all this, she remained in her shoes and a T-shirt. That’s very beautiful! Abandoned building, beautiful girl in one T-shirt. Also posing for you!

At first we decided to take a walk along a long corridor, and then planned to take pictures in other huge rooms, but that was not the case … Yes! Slender legs in a long abandoned corridor – that’s something! My wife turned to me both front and back, taking different poses, lifting a T-shirt, standing in a spectacular beam of light along a dark corridor … when suddenly at the far end of a long aisle, in a doorway, just 20-30 meters away from us, two young men appeared who confidently walked in our direction …

What these guys were doing in an abandoned building, I still don’t know. But I well remember how my beautiful wife, shining with her beautiful naked ass and long tanned legs, retreated with me into one of the aisles, closer to the place where our car was parked. Nobody was catching up with us. But I perfectly understand that the men managed to get a good look at a half-naked girl hiding in the wilds of an unfinished workshop … (smiley) (smiley) (smiley)

On the street, near the car, my wife took off her sandals, put on jeans, and we got into the car and drove away! This happened to us for the first time – to be “caught”. And it was, perhaps, cool! It is hard to imagine how this story would have ended if my beauty had been completely naked. Perhaps the guys would not have resisted, and wanted to take a closer look, for example (wink). But this is not the end …

After driving off a little, we found ourselves at an unfinished gas station, where I asked my wife to pose for me. Of course, she hadn’t undressed already, but she unbuttoned her jeans, lowered them down, turned around a couple of times in all sorts of pleasant places and gave the opportunity to take a few more pictures as a keepsake.

We drove home calm and happy – me, because I took great shots and got a dose of adrenaline, and my wife, because everything worked out (smiley). And they played a lot … until next time. And we love this business! 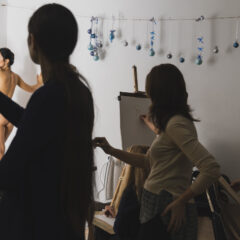 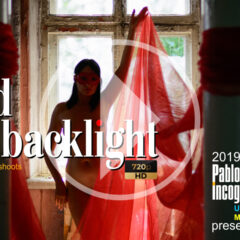 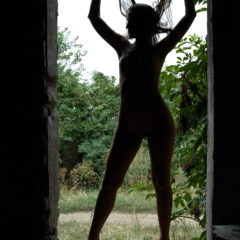 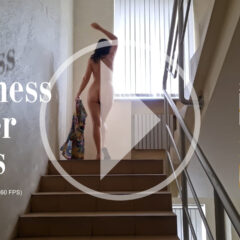 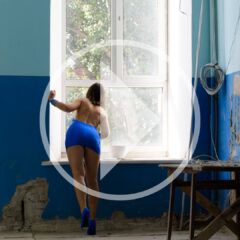 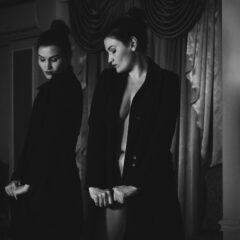 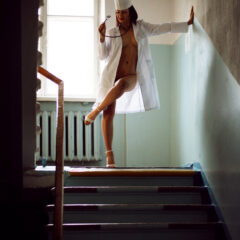 Dr. Iren. One in the building. 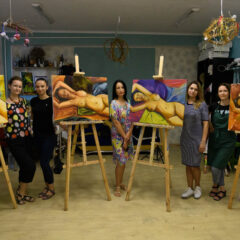 Four paintings based on Modigliani