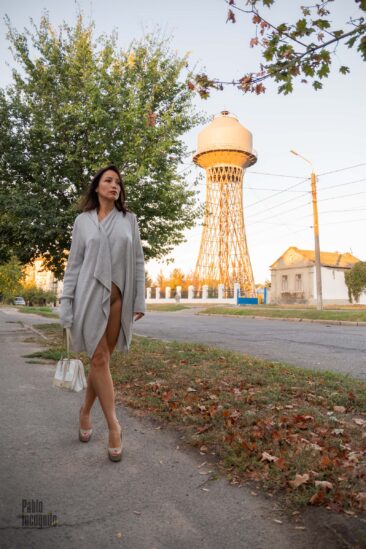 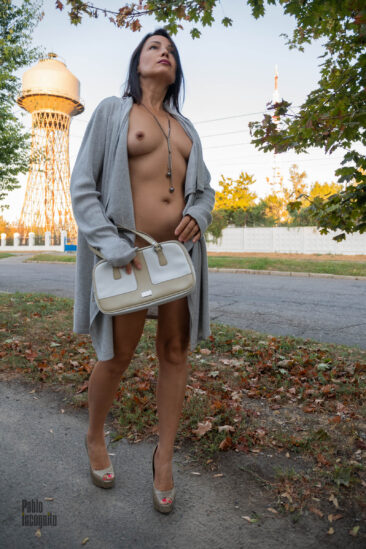 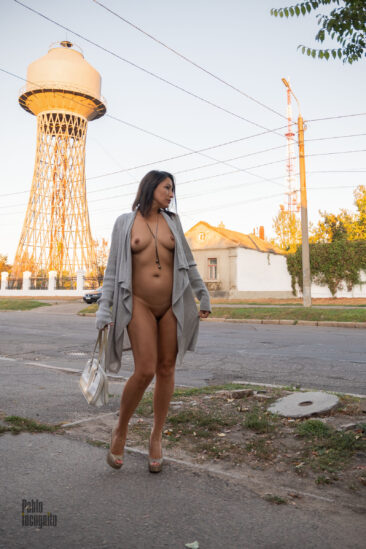 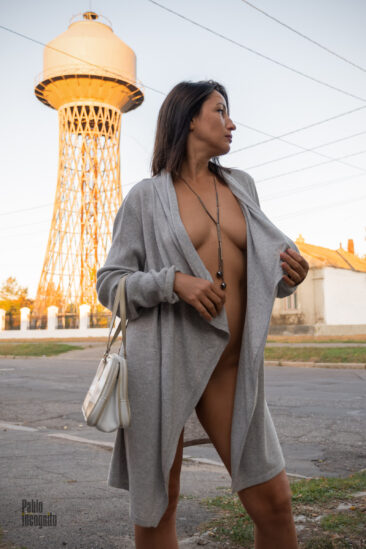 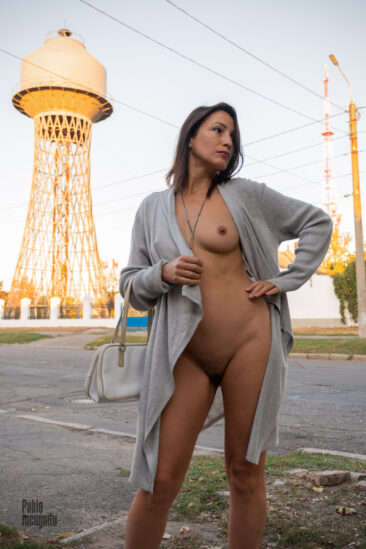 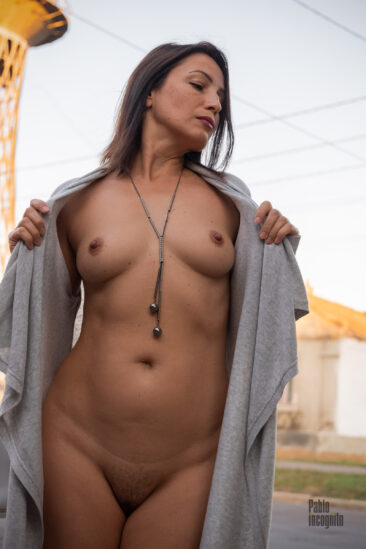 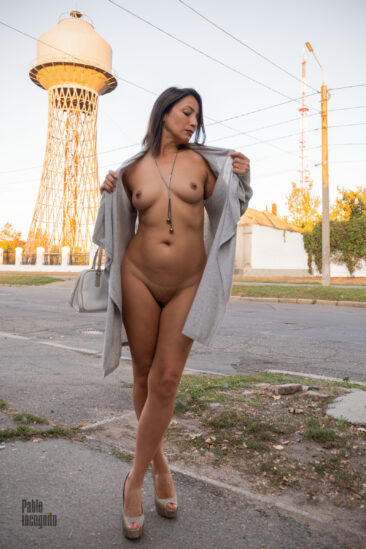 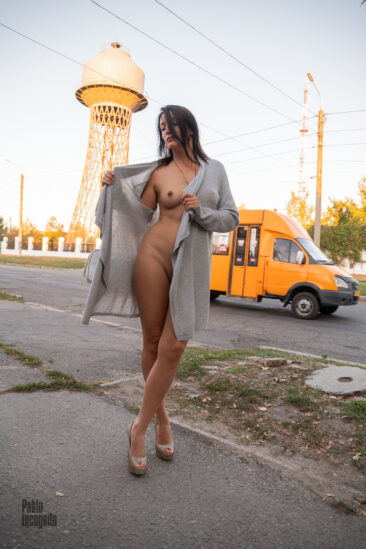 We were going to shoot this photoset in the spring. And, as usual, when you plan too carefully, then you just can’t start…

Given the peculiarities of the nude genre, we had to choose a time when the location was not crowded. Having analyzed the area of ​​the Central Market, in which there is a landmark of our city and the “sister” of the Eiffel Tower – our Nikolaev Shukhov Tower, there was only one option – early Monday morning. Markets are closed on this day.

In the spring we waited for summer to catch the dawn at 4 in the morning. There are no people, the sun is already high. But, we didn’t want to get up at 2 o’clock in the morning – then there is no mood, that is, there are more important things … In short, we postponed until the end of September.

The photo session lasted as much as 5 minutes! It is strange, because in Pablo’s portfolio there are photosets shot in 1 minute, for example, “I love this woman. Trumpet, how I love! “.

116 frames were filmed, from which this short sensual series in the genre “Nude” from Pablo Incognito has turned out.

P.S. To make the tower in the photoset the main character, I chose a modest outfit, did a discreet makeup and a classic bikini–haircut. I hope I did not overshadow one of the main attractions of our city 🙂 , although Pablo considers me to be a tourist attraction … and his photographs … This is how he is, my Pablo!